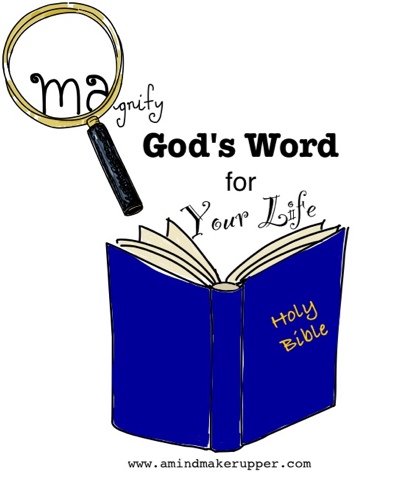 Esther 1-5 is a story about a beautiful Jewish woman who plays a huge role in God's bigger story.  Xerxes, the Persian king, throws a huge party with lots of wine, and he ends up looking for a newer and better queen.  Esther clearly has God's favor on her side as she is chosen to take over as queen.  It's a crazy story, and God uses it to save lives.

It's crazy because it's so unlikely and so very purposeful (as we will see in the end).  No one knows Esther is Jewish except her uncle, Mordecai, who raised her.  And together, they uncover a conspiracy by the evil villain, Haman, (who is also one of the king's favorite officials) to kill all of the Jewish people.  The story leaves us hanging today, with Haman believing he has the upper hand.  Little does he know, God has different plans...

I can't help but notice that when God is using us in His perfect plan, He blesses us with serious favor.  God's favor is real, and Esther has it.

When the turn came for Esther (the young woman Mordecai had adopted, the daughter of his uncle Abihail) to go to the king, she asked for nothing other than what Hegai, the king’s eunuch who was in charge of the harem, suggested. And Esther won the favor of everyone who saw her.
Esther 2:15

Part of finding favor in a situation, at least in Esther's case, is being a "low maintenance" kind of person for those around her.  She seems to me to be a humble woman.  And although this book of the Bible never mentions God, I sense a strong faith through her actions.  What do you think?

Having God on our side is the way to move mountains.  His favor works wonders.

How do you define God's favor?  What does it mean to you?

I thank You for Your blessings.  Thank You for going ahead of me and making Your way, my way.

I pray that You will help me live in Your purpose for my life.  Use me, Lord.  Bless me with Your grace and favor, for You are the one who moves mountains and can see the big picture.

______________ is really hurting right now.  Show him/her Your way and use his/her hurt for Your glory.  Draw him/her close to You, Lord.  I ask that You pour out Your mercy, Your blessings, and Your favor into his/her life.

In Jesus' name I pray,
Amen